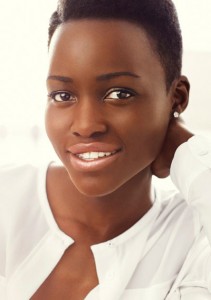 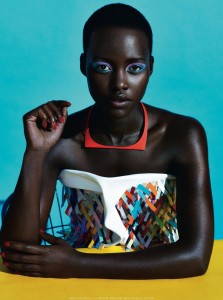 Even if you haven’t tuned in to the latest media frenzy, you’ve seen or heard the name Lupita Nyong’o somewhere. Rather being awarded an Oscar for her iconic role in “12yrs a Slave” or gracing the cover of a magazine with her stunning wardrobe, the 31yr old Mexico born but Kenyan native, quick rise to fame is hard to miss! I remember watching the Arsenal Hall show  seeing her for my first time thinking who in the world is the GORGEOUS woman? I was so taken aback I swiftly grabbed my phone to try and Google who she was. Apparently I’m not the only one who had a similar reaction because this past Wed. People’s Magazine ranked her the World’s Most Beautiful Person! The sheer sight of a dark-skin, natural, short hair woman on the cover of a mainstream, pop culture magazine being crowned the world’s most beautiful person brought sincere tears to my eyes. Why? Well because being a woman of color it takes a toll on you to know your beauty is far from societies standard and is often portrayed as nothing more than a sex symbol. In the media, black women tend to fall into three categories the Mammy (a submissive, timid, maid type woman IE The Help), the Jezebel (sultry, sexual, vixen) or the Sapphire (hot tempered, angry every reality star woman!). Lupita speaks for the woman we hardly see; the classy, strong, vibrant, beautiful, talented and more, black woman! Lupita told People that the cover was a, “major, major compliment.” “I was happy for all the girls who would see me on [it] and feel a little more seen,” She went on to explain that when she was younger she thought beauty was “light skin and long, flowing, straight hair…subconsciously you start to appreciate those things more than what you possess.” It was this very thinking that caught the magazines eye, Cagle (the person in charge) said it was the “way she carries herself, with such grace…put her over the top” After seeing her do a speech at the Black Women of Hollywood luncheon about her praying she was light-skinned as a child because she felt ugly, he was compelled to showcase her beauty even stating on the “Today” show there really wasn’t any competition this year.

For me seeing someone who looks like the women I see everyday was empowering! I even went to purchase the magazine because I knew I was witnessing something iconic! If you don’t believe me I did some research on the list’s history, and not to my surprise Lupita is the first dark skin woman since the list began In 1990 to be awarded this title! She is the 3rd black woman following Beyonce 2012 and Halle Berry 2003. If this isn’t enough she also has made history signing a contract with Lancome Cosmetics making her their first black ambassador! Now before anyone goes jumping down my back I want it to be known that yes, I and I’m sure other black women are and were confident in our skin prior to this moment and no, we don’t need societies confirmation that we are in fact beautiful but one cannot deny the sheer joy that ignites in your soul to see that what we have known for centuries the rest of society is finally seeing as well.  So if you somehow managed to miss this beautiful face she’ll soon be on ad’s and commercials everywhere! So again, congratualtions from one sister to another we are proud of you for simply embracing being you! 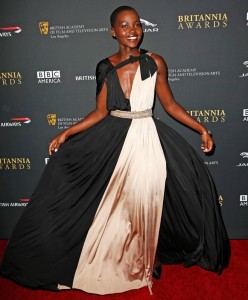 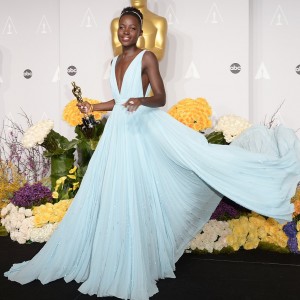 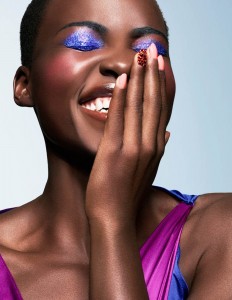