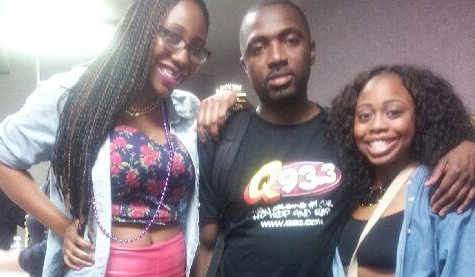 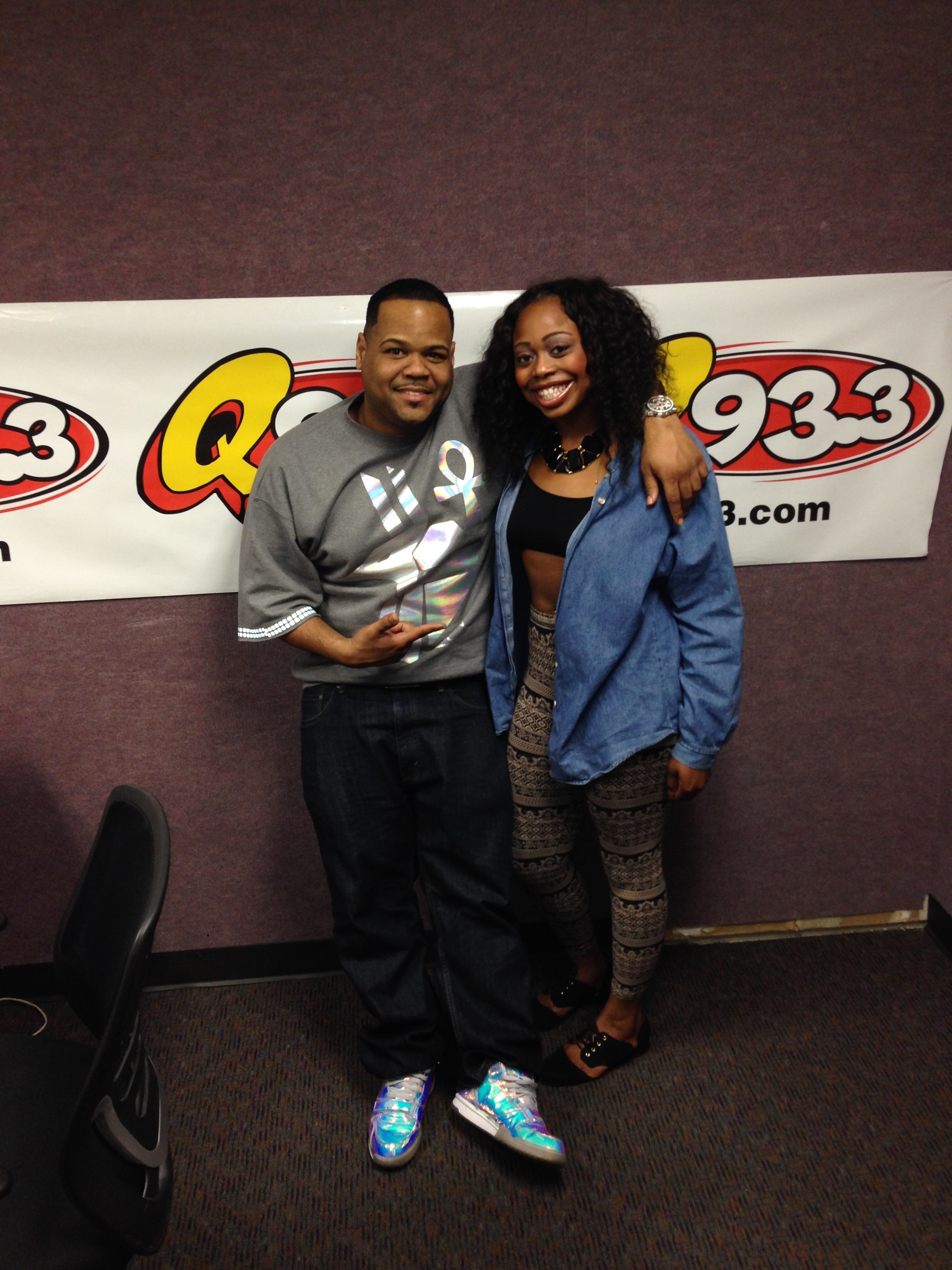 For those who know me knows that New Orleans is one of my favorite places to go, especially to eat and turn up. All Star weekend I had the opportunity to meet DJ Juggie  from one of the hottest radio stations in New Orleans Q93.3. The following weekend I went back down to N.O., there I finally had the chance to sit one on one with the Q93FM radio personality himself. DJ Juggie has his own radio show with Dj Poppa called the “Social Shake Down” where they play the hottest bounce mixes that makes the city go wild. Juggie is so humble and cool that It was actually refreshing meeting someone who hasn’t let their success change their attitude. During the interview he gave insight on how to bounce back from mistakes, how it feels to start from the bottom, and etc. He also answered some of the juicy questions I threw at him and he kept me laughing the entire time. Check out the interview and let me know your thoughts.

For more info on Dj Juggie go to www.thatsjuggie.com and follow him on Instagram=@juggieofno Twitter=@juggieofno

Dj Poppa has a great hidden personality.  At first meeting him you wouldn’t think that he would open up as much but I was dead wrong. After watching the video you will see I even had to interject while he was talking for clarification on his view on oral sex. This interview was definitely Juicy check it out!

Not only does Floyd “MONEY MAY” back up his trash talk in the ring but outside those ropes he handles business. The undefeated boxer took it OG style when he thought his employees he hired to work in his house in Vegas, stole some of his jewelry. According to Newsone.com, “He arranged for them to meet him at an unknown location where he had his “goons” waiting for them.” They beat them like that stole something…literally. After broken bones and bad bruising, the two men are pressing charges saying that Floyd should get charged with kidnapping, assault, and attempted murder because they were falsely accused. What makes all this so bad is that Floyd later found out they were telling the truth about not stealing the jewelry. You would think that Floyd would feel bad and break them off a lil something, but he has no remorse. He hasn’t been charged yet.

However, this isn’t Floyd’s first run in with violence. In 2011 he was sentenced to 90 days in jail for beating his ex girlfriend and the mother of their 2 children, he was fined in February of 2005 for a bar fight,  he was acquitted July of 2005 for hitting and kicking the same ex girlfriend outside a nightclub. This list goes on and on and with this record it is not looking too good for the Money Team. But Of course his pockets are too heavy for any of this to stick. Floyd is expected to fight Marcos Maidana May 3 so let’s see if that will help him release some of his aggression. 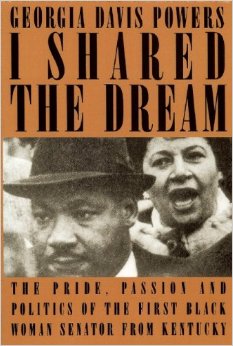 In her new autobiography Senator Georgia Davis Powers reveals her life story. One of trials, triumph, and if you ask me she reveals some scandals as well. As the first black and the first woman elected to the Kentucky State Senate, where she served from 1968 to 1988 she paved a path for women to step into politics. Her contribution to the civil rights movement stretches far and wide but why did I say scandalous? Well, she also dives deep revealing she was involved in an affair with Dr. Martin Luther King Jr. going as far to say she was with him the night before his assassination. Wow, you may be asking why now? She’s 90yrs old and now she decides to write a tell all? Well Senator Powers affair has been rumored for years and I guess like anyone sometimes you just want to set the story straight no matter what your age is.  But is this something you should just take to your grave? Powers says whatever relationship she had with King fell into the “stolen-moments” category. “King was neither the love of my life nor anyone I would have particularly wanted to marry.” From her accounts they met in 1964 on one of his visits to Kentucky, when she was assigned to greet him at the airport. She doesn’t really state why they began the affair except by saying she was entering midlife and feeling unattractive, and he asked to see her. She says their affair was an open secret in his inner circle. She also says the night prior to his assassination he’d asked her to come to Memphis and as she fixed her hair in the mirror of their motel room she heard a shot on the balcony and ran out and saw him “lying in a pool of blood that was widening as I stood there staring.” Ohhhhh weeee juicy! Now while this book is not centered on her affair, it definitely is bringing in the attention. Attention I’m sure she had in mind when she used a picture of them as the cover! Backlash? Well some of those people she claim knew about the affair have came forth and called Powers a bold face liar while others say she is in fact telling the truth. To me Senator Powers side chick role shouldn’t take away from her accomplishments but is interesting to see such an accomplished woman sharing a dark secret that will forever alter her reputation in not just politics but society. Yes, I know Dr. Martin Luther King is still a man and human who isn’t above the lure of temptation but some idols you just rather pretend they are “perfect” in their political and personal lives. I know one thing it sure does seem to be the era of side chicks! Seems like everywhere you turn if it isn’t a true scandal, a TV show, or song, side chicks are being mentioned everywhere. What do you think? Is this book disrespectful? Did she share the dream or did she share the lover? 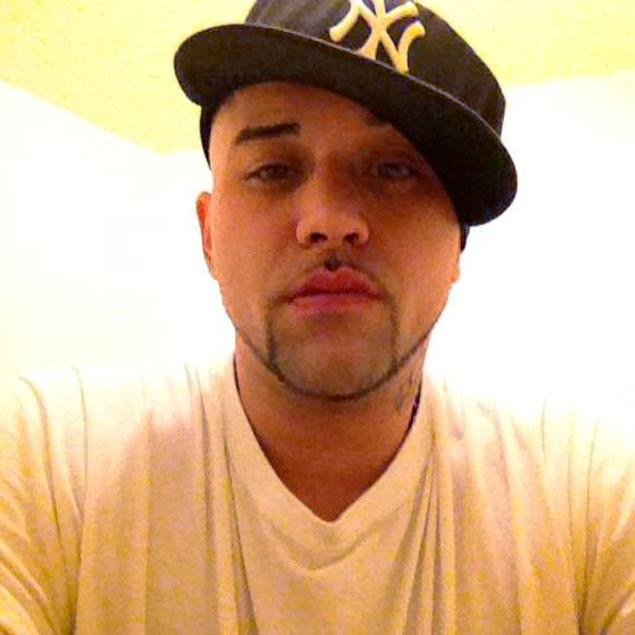 Have you ever gone to the emergency room and sat there so long you felt like you were going to die? Well that’s exactly what happened to 30-year-old John Verrier at St. Barnabas hospital in New York on January 19, 2014. After waiting for hours in the Bronx hospital waiting room complaining about a rash at 10pm he was found dead in the chair by the security guard at 6:40am. What did the hospital have to say? Well according to New York’s WABC-TV when questioned an ER worker said, “There’s no policy in place to check the waiting room to see if people waiting to be seen are still there or still alive.” Hmmmm no policy to see if anyone is even still alive! Considering not only did Verrier die in the waiting room, the news reports he was dead hours before the guard found him. Makes you wonder how many other people have died while waiting to be seen for hours. The health care system has so many flaws, from insurance to malpractice but to go unnoticed to the point of death raises more flags than one. Is it the lack of staff, care for human health, or pure unprofessionalism? I think it may be a combination but one thing for sure next time you’re in the ER don’t let your pain go unnoticed.

I’m sure you all remember the overwhelming joy you felt/feel when the news spread schools been cancelled. Well for many Eastern Ohio residents this is a bitter sweet announcement as policemen geared with night vision attempted to hunt down dozens of exotic animals. These animals include Lions & Tigers & Bears OH MY, (sorry that Wizard of Oz line fitted so well) cheetahs, giraffes, wolves, and camels! As of Wed. schools in 4 different districts were closed as Licking & Muskingum County SWAT teams took to the streets with shotguns killing or rounding up the animals. We all love a trip to the zoo but a zoo’s trip to us just isn’t as fun. Residents have been informed to stay inside as calls flood the lines about wolves and bears on the highway. Where in the heck did these animals escape from? Not the local zoo but from a Muskingum County Animal farm in Ohio. Police found its owner, Terry Thompson dead but have yet to release a cause of death. Children may be happy to miss class but with about 50 dangerous animals roaming the street I’m sure they are locked in the house. Call me sensitive if you like, but I feel bad for the animals. Yet again we humans have intervened in the wildlife for our own curious, selfish satisfaction the plan backfired and the animals pay the price and are hunted down. Sad cycle, but I’m sure glad I don’t have to worry about a cheetah running alongside my car this week.